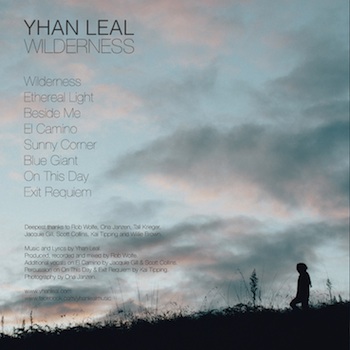 Yhan Leal, the Colombian born, now Bellingen based singer songwriter has created a fine new album with the help of Producer Rob Wolfe.
The songs were written in a an old tin shed on the back of his property
and honed while busking locally before recording with Rob at his local studio.

As a young immigrant growing up in northern New South Wales’

his way through the magic of Lennon, Elvis and Richie Valens.

Writing his first compositions to suit his older brother’s poetry

nurtured a talent for song writing.

Wilderness, all recorded in a local North Coast Studio, is the next

major step in this musicians journey.

Already receiving comparisons to Surfjian Stevens,
Connor Oberst and Jeff Buckley-
Yhan has just last week SOLD OUT the local Bellingen
launch of the record and will soon
be taking it out on the road.