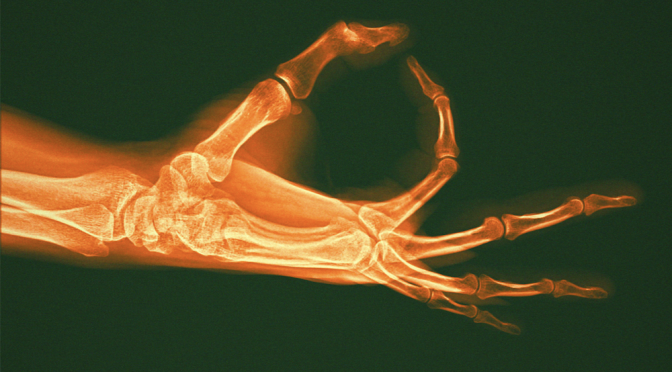 Powderfinger, Radiohead, Arctic Monkeys, Nothing But Thieves and Queens of the Stoneage all inspire an authentic live sound from Drawing Arrows that sits as well on stage as it does in your headphones.

This is the second EP that Drawing Arrows have put together and it holds a lot of importance for the band.

The first track, ‘Pinch Me’, has been a work-in-progress since the boys first started playing together. Despite the fact that it changed format a number of times, it remained a favourite of Sidney’s. With its soulful lyrics and cool groove you can understand why.

‘Lights Out’ provides a little light chaos and fits in well with the energy you’d see in their live shows. The driving bass and drums keep the crowd going as the post-punk guitars keep them inspired.

‘Good Grief’ explores the ideas of dealing with things that you just can’t change. Instead of a melancholic ballad this track hits all the big notes. Another huge, live-sounding song. 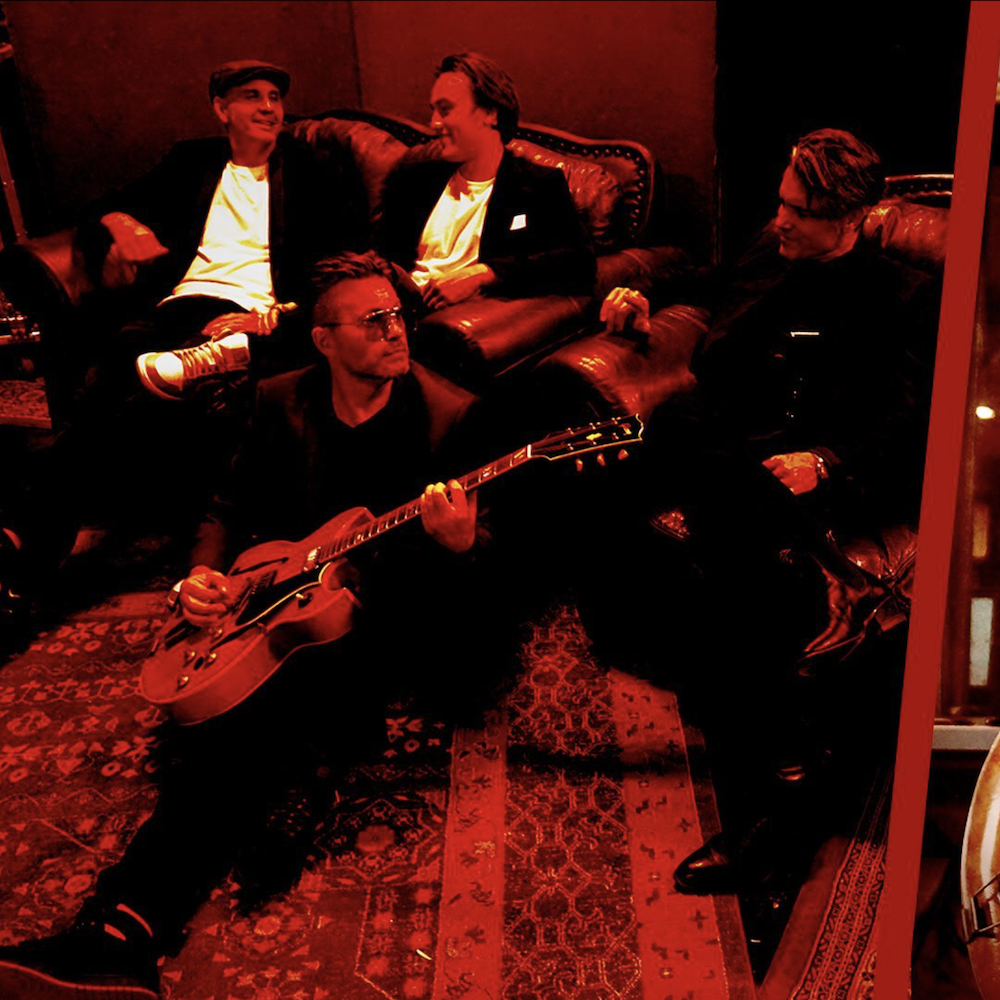 With band members from Spain, the UK and right here in Australia, each member brings their own unique influences. Sidney (vocals) and David (bass/guitar) have previously worked on an experimental dubstep project (Milo Firewater). Drawing Arrows is a creative outlet – a way to channel all their experiences – not just musically. The aim – to create music that feels good to play and to listen too. 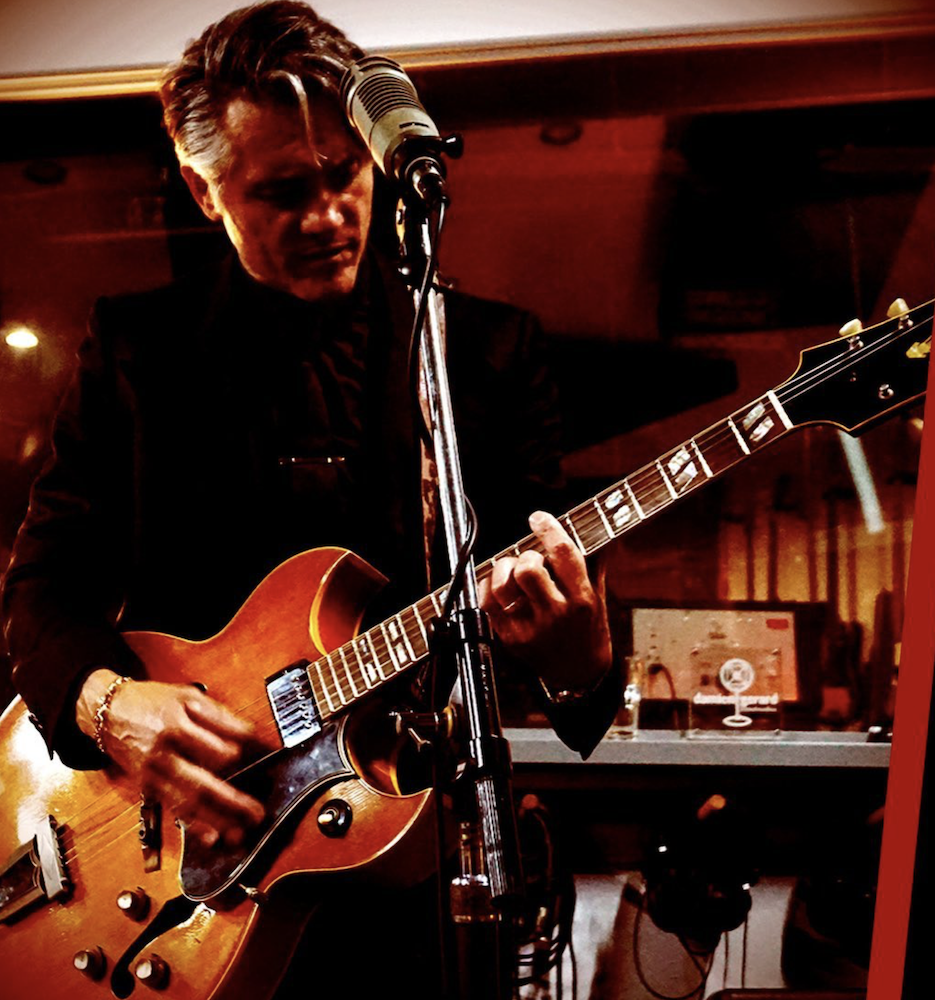 Pinch me
The most chilled of this 3-song offering from the boys. This is a mid-tempo cruise with clean guitars and a lighter touch on the drums. You can really hear the song writing skills of the band on this one, as well as some superb background vocals and guitar work throughout.

Lights Out
Drawing Arrows have come up with a modern up-tempo rock formula that really works on this tune. There’s plenty to like early on with a great ear catching intro, then Sid’s distinctive vocals and the snare popping chorus. A total winner.

Good Grief
Arpeggio electric guitars along with fast and furious drums and bass start this song off before the vocals kick in.  Some very Radiohead sounds pervade this song in a great way. Up-tempo, hooky and technically challenging but the band get away with it no problems. 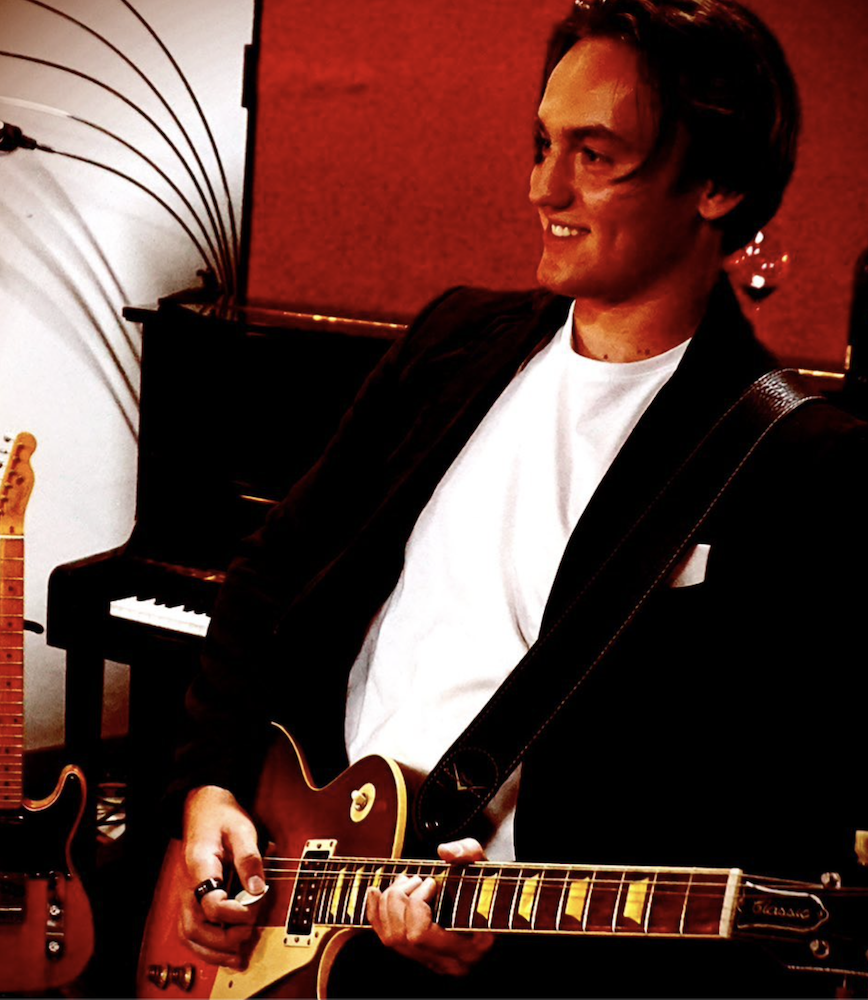 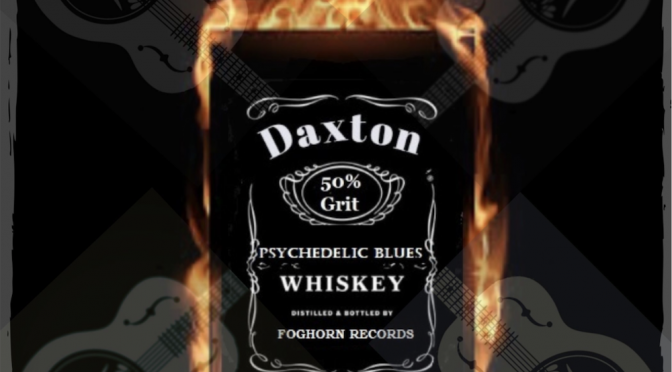 A long-time friend asked Daxton to produce a stripped back, raw but lively and psychedelic dirty blues song. ‘Just something I can really get into as I drink my bourbon to late at night please mate’.

Dax took on the job with gusto and was so engrossed that before he knew it 7 new tunes were born. The song, Rise Above, fulfilled the original request and opens the album. The rest of the tunes don’t disappoint and range from dirty, stompy, bluesy slide pieces to slightly more grungy but poppy tunes with some snare and percussion added in.

Song Descriptions
Rise Above
Dirty scratchy psychedelic harp and cigar box guitar feature in this mid-tempo track from Daxton’s new offering.  Distorted, rough and ready vocals set the tone for the next six tracks on this mini album.

Nothing to lose
A more up-tempo blues tune. Bass, slide cigar box guitar and some simple drums flesh out this one with his life-worn vocals and lyrics filling in the story.

Right On time
Guitar riffs and electric slide stabs plus some nifty catchy vocal lines abound in this mid-tempo song. There’s some stomp box keeping time and enough changes and interesting sounds to keep you rocking all the way through.

Based in Sydney, Daxton is best described as a blues/rock artist with a twist of pop and rock. He plays slide guitar rock/blues songs with a fresh and innovative sound. 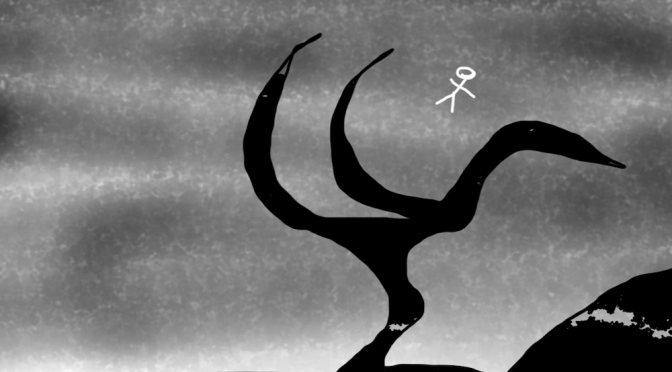 A guitarist at heart, the process for Kalen is always the music first, layered secondly by the melody for the lyrics to lastly follow. The track has a dream-like quality, filled with melancholy, which sings of a knowing that not all can be saved. Kalen wrote the song after seeing a story of a young person dying in the arms of their parents. It’s a song about wanting to be saved but equally wanting to leave a pained broken body. 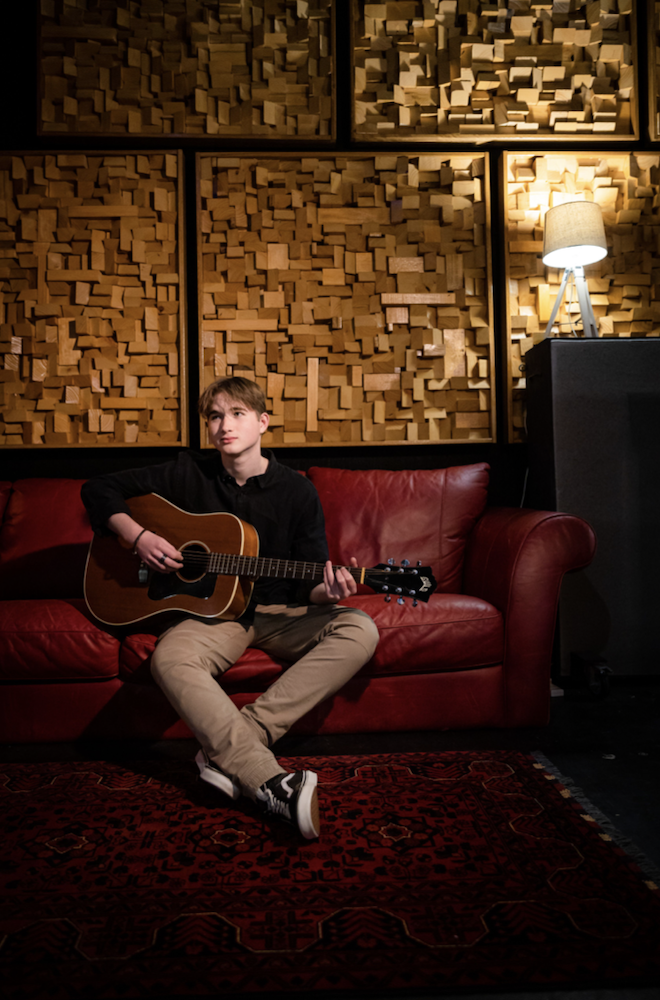 Influenced by his musical uncle, Kalen started out jamming on a ukulele as a toddler, before advancing to his first acoustic guitar in primary school. Now in high school, Kalen is composing songs and recently recorded his first track at Damien Gerard Studios, in Gosford.

Kalen’s upcoming debut gig is planned for this summer at Wamberal Beach Surf Club. Kalen will be showcasing a couple of tracks he has recorded to release in 2022 and playing some of the new upcoming tunes, planned for future recording and distribution in early 2023. 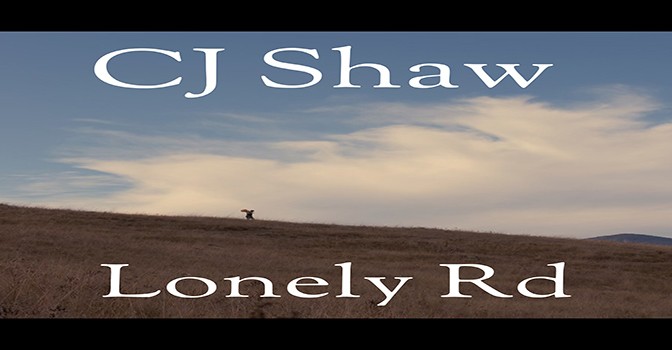 A chance meeting on Newman’s return to Australia in 2020, saw her generously lend her expertise to an orchestral vision for the song. This original score, featuring four violin and four cello parts, brings an emotive depth to a poignant song of solitude. Her composition was brought to life by members of the Canberra Symphony orchestra (Alex Voorhoeve and Timothy Wickham) with backing vocals from Hannah Czaban.

This moving and beautiful song is a highlight of CJ’s latest album ‘All Sorts’. The song was written as a parable for CJ’s experience of the music world and the sensation of falling short. Shot in the heart of winter on the Monaro Plains, south of Canberra, the Lonely Road music video clip sees CJ Shaw taking on the persona of a train guard, walking deserted railway carriages, waiting for passengers that never arrive. With the Canberra Railway Museum and the Michelago Railway Station in the backdrop, this beautifully crafted video clip visually plays on the haunting emotive nuances of the song, leading the audience on his journey of fulfillment.

Lonely Road starts out with soft picked guitar and whistling! Strings, piano and female background vocals add to the magic feeling of this mid-tempo folk tune from CJ. The chorus is truly haunting with violins playing a ghostly counter melody which is reflected in the keys and strings. A timeless classic.

In 2021 CJ Shaw released his album ‘All Sorts’. Combining the best of his children’s songs with his unique brand of contemporary Australiana, Shaw has dubbed ‘All Sorts’ “the ultimate Family Album”. With over a decade’s experience touring and performing at music festivals in Australia and Timor-Leste, CJ Shaw is an exciting Canberra musician at the top of his game. 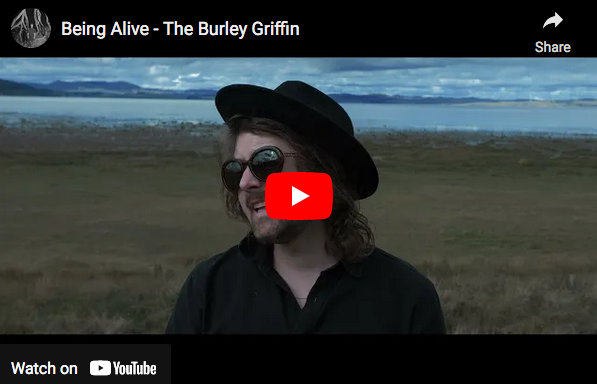 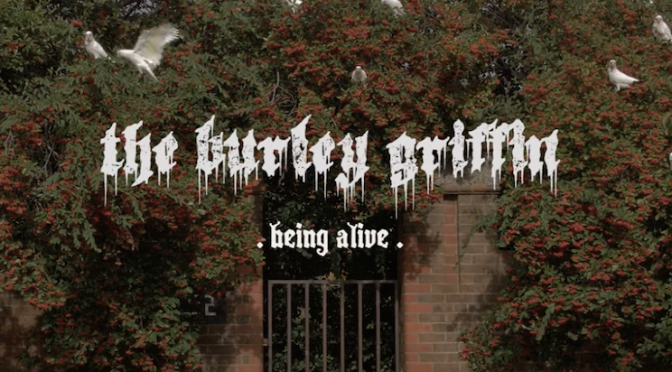 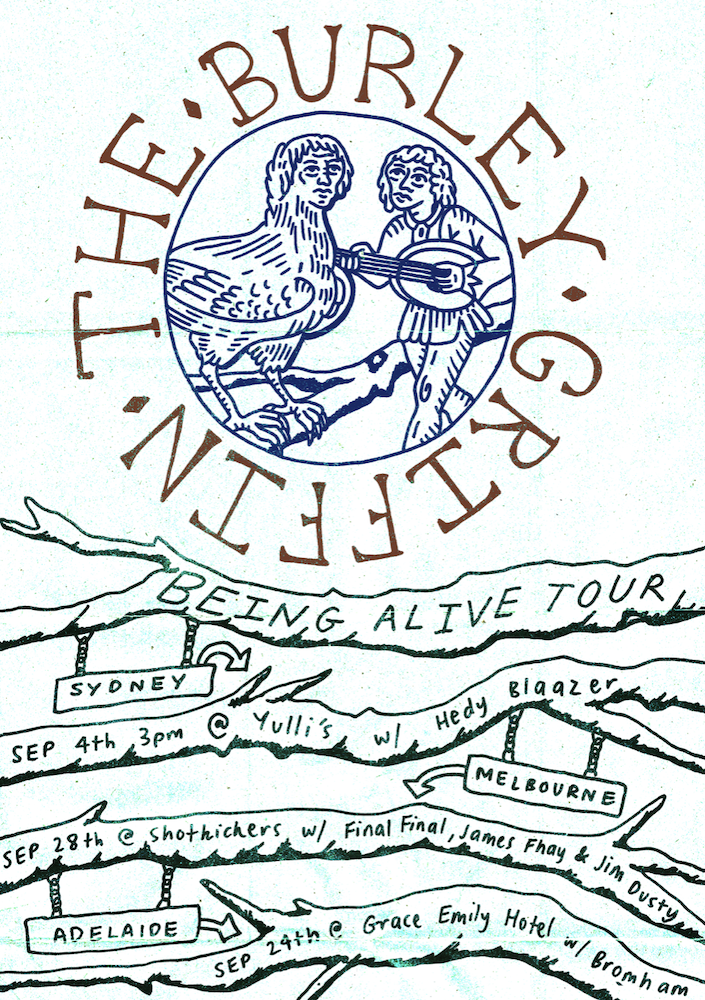 Being Alive is a song that finds beauty in despair and reflects on lessons learned in defeat. Written in the wake of a relationship breakdown, Being Alive takes place directly after Hong Kong, the preceding single from The Burley Griffin’s latest record, Lost Limbs. Whereas Hong Kong tells the tale of separation, Being Alive sits in the realisation that everything has changed, and not necessarily for the better.

Being Alive was recorded by Louis Montgomery at Infidel and Myall Street studios and produced by Louis Montgomery and Evan Buckley. Electric guitars were played by Samuel McNair with Steve Paillas on bass and Steve Fitzgerald on drums, as well as additional vocals by Cathy Diver.
Mastered at Studios 301 by Andrew Edgson. 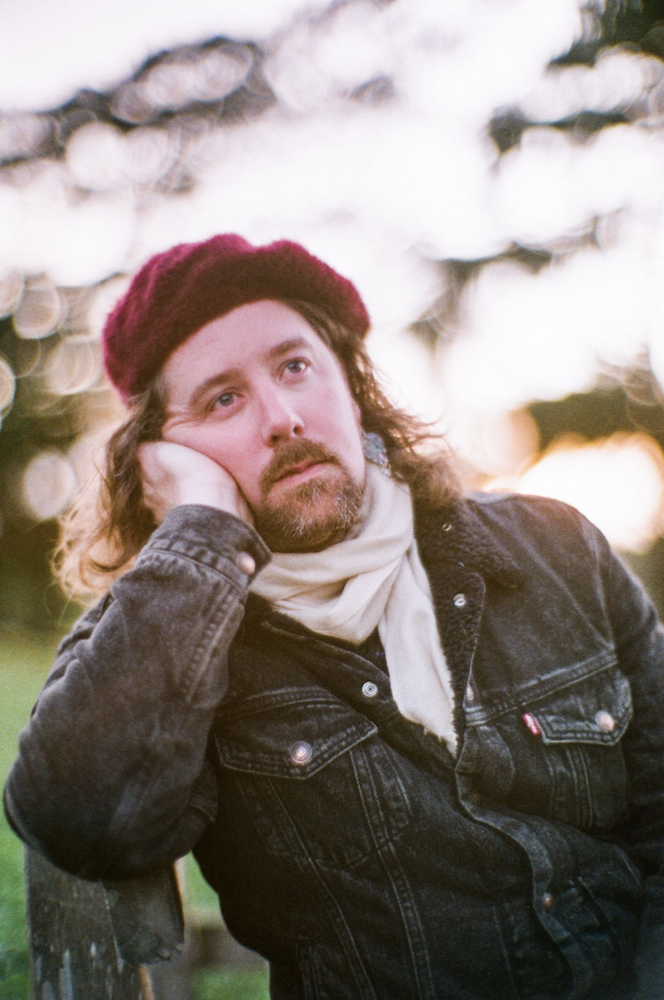 Premiered on Scenestr
Filmed on Ngunnawal and Gundungurra land, on locations of Lake George, an abandoned orphanage in Goulburn and a secret patch of roadside gravel, director Tim Kent aka Stackhat and songwriter Evan Buckley captured the visual world elicited by Being Alive, in all its tragic absurdity.

The decaying walls and collapsed floors of the old orphanage mirror the burden of grief, fallen structures that once held so many stories, now mostly forgotten. The broad vista of Lake George echoes the stark internal landscape that remains when shared courses are abandoned and direction loses its meaning.

Yet in its final scenes Being Alive offers a wry smile and nod to the audience, acknowledging how little we can control and how much still lies ahead, joy and pain, hope and loss, all part of the ride.

Stackhat – Tim Kent Video Director BIO
Stackhat is an award-winning Director/Producer currently based in Sydney, but originally hailing from the small town of Queanbeyan. Having worked with an impressive roster of artists including Sampa the Great, L-Fresh the Lion and Flying Lotus, Stackhat is an artistic tour de force constantly searching for new challenges both locally and abroad. 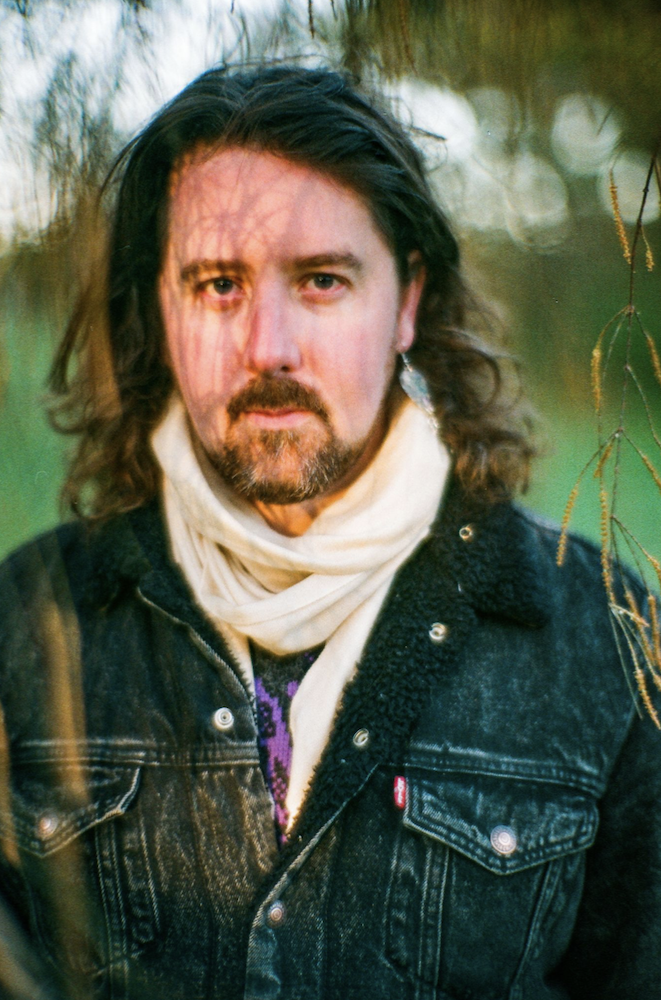 About The Burley Griffin
Evan Buckley (The Burley Griffin) grew up in Canberra, homeschooled in a religious fundamentalist cult, and has since hitch hiked and toured through 37 American states, exorcising and befriending his demons along the way.  His most recent US tour took place during the 2016 election and his newest songs reflect the absurdity of the American dream.

The third Burley Griffin album, Lost Limbs, was launched with a twelve piece, beefed up band on June 26th 2021 to a sold out theatre at The Street, celebrating a vinyl packed with moving songs of loss and joy.

Watch the Music Video for ‘Being Alive’ here

Connect with The Burley Griffin