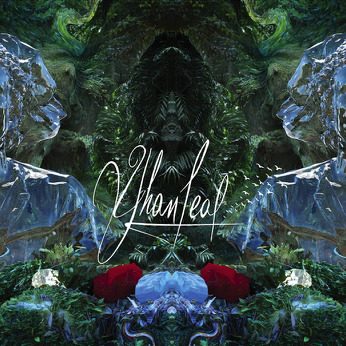 Update: The full length self titled album, featuring the singles Up On The Mountain, Venice and By the Wayside  is available NOW and you can get it here: http://yhanleal.com

Yhan Leal walks the line with light feet. The Colombian born, now Bellingen based singer songwriter dedicates his waking hours to honing his artistic craft.  After 20 years of performing Yhan, a truly gifted guitarist and angelic singer, has found his musical identity. Yhan Leal represents a new direction of Folk.

When did you settle in the Bellingen Shire?

I’m sure this is my 6th year, It’s flown by but I’ve had had such a wondrous time here.

Well I was only in Colombia until age 5 so the memories are very dreamlike, enormous white houses, wild rivers, and I remember leaving for Australia in a confused state in the middle of the night.

Yes, my mother sang to me, spanish love songs and nursery rhymes. My three older brothers had very diverse taste in music, from Opera to Metal, and we always had the record player going.

Are you musically trained?

Yes, I started in a Classic Guitar school at age eight for a few years then started learning electric guitar at my local music shop, I loved hanging around in that shop, ended up teaching there myself.

I also started singing pop songs naturally with the guitar at age 8, then took singing lessons at around 17 for many years. I loved learning everything I could about music, I bought countless books and videos and had many teachers, but my high school music teacher will always be my most revered.

Would you describe your music as ‘folk’ based?

Yes, folk means ‘people’ and my ideas for songs are always about the experience of the individual. Intimacy and an acoustic guitar is also very folk, but I also embrace modern sounds like samples and effects, so I call my genre ‘modern folk’.

You can hear those kind of sounds on my new single and video ‘Up On The Mountain.’(premiered on Triple J Monday October 2nd)

Yes this is my first time performing at the festival, I’m excited to play to an audience who appreciate that less is more! I’m going to play as stripped back as possible but give my songs everything I’ve got.

Yes, I will be launching a brand new album this November 11 at the Bellingen Memorial Hall. I’ll be performing the entire album and recreating it;s production with the support of mostly local musicians, including an electronic score. Tix are on sale now via my website www.yhanleal.com and from Roots Records in Bellingen.

I also have a bunch more shows 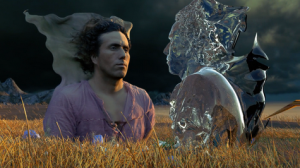 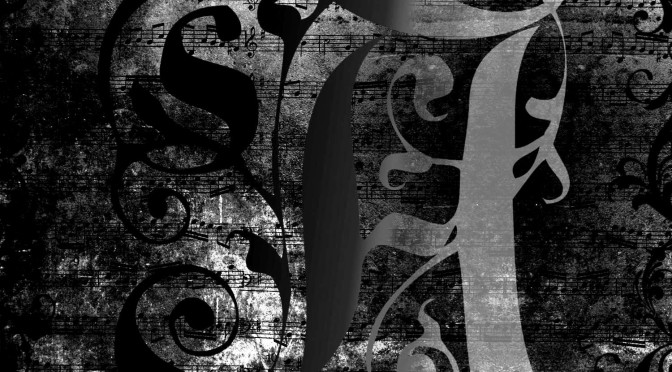 When I was very young, the moment that I really connected with music was when I saw the film “The Neverending Story”. I fell in love with the movie instantly and more importantly I was drawn into the music that went with the moving images. Shortly after seeing that movie, my parents bought me a keyboard – my state of the art Casio SK-1, (equivelent to a Fisher-Price “plunk and plop”) and I started creating my own little pieces and experimenting with sounds. I would set up my keyboard in front of my tv and mute the sound and create my own music for what I was watching. It was in that moment that I knew I wanted to be a composer and score a film of my own one day.

There are so many artists that have inspired me throughout my life! I was around 10 years old when I found my parents vinyl collection and started listening to the records I thought had the most interresting artwork on their album covers. Early influences included Pink Floyd, Billy Joel, Elton John and George Winston. As I got older, Ludovico Einaudi, Max Richter, Philip Glass, Yann Tiersen, Abel Korzeniowski and Hans Zimmer were at the forefront of my most inspirational composers. Simple tonality, beautiful melodies and soaring strings made for some of my strongest musical influences.

I really like Sia; I think she has a great voice. I have been a fan ever since I heard her track “Breathe Me” in the final scene of the HBO show “Six Feet Under.” I have always been drawn to instrumental music most. So when I think of international artists, Ludovico Einaudi and Max Richter are the first two that come to mind. Both have unique musical signatures unlike any others.

The first album I bought was Counting Crows “August and Everything After”. I loved Adam Duritz’s lyrics and the organic sound of the band. The instrumention was so unique for the early 90’s. The phrasing of Adam’s voice was also very different from anything else I had heard up to that point. I still listen to that album in it’s entirety today.

I would have to say my favorite drink is tea. Hot or cold, it is the best to calm and relax me. I can’t pick a favorite one, but there is nothing I enjoy drinking more. I actually have a 5′ long tea station at home with over a dozen international artisan teas, tea sets and tea accessories displayed on it.

My music is mainly piano driven, with a cinematic and lush vibrant string section. It carries simple tonality with controlled harmony. Recently, I have been playing all of my concerts as solo piano performances. I feel it is more intimate this way and the audience can really connect with the music the way I composed each piece – always on the piano first, then with orchestrations built around the piano. Over the next year, I want to add a string quartet to bring the pieces to the live audiences the way they hear them on the album. My performances will then be a mix of piano and strings along with the intimate setting of solo piano. 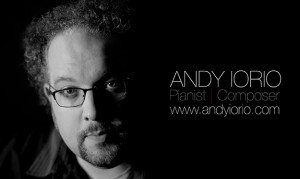 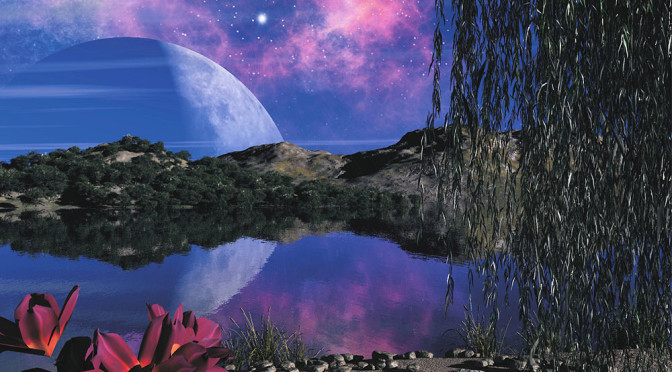 Music has been my passion my whole life, it’s always been who I am. I began playing saxophone in 6th grade, played my first sax solo in 8th grade jazz band, and also started composing my own music about that same time. My desire to continue performing and writing grew naturally from there. I also developed an early love of the Native American flute, and composed my first flute song “Shaman’s Dream” before owning a flute. I received a flute as a gift in my mid-20’s, and eventually recorded that song with it, which later ended up on my first album “Pathways.” I’m very grateful that my family has always been extremely supportive of my music interests, and encouraged me to follow my own path. They continue to hold an important place in my life today, and have been vital to my musical success.

2.  What inspired you to become an artist and who are your early influences?

My earliest inspirational memory was of Chip Davis’ Mannheim Steamroller. I distinctly remember thinking “I want to write music like that!” I admired the way he combined technology and synthesizers with traditional symphonic instrumentation. Soon after, I discovered Kitaro, who used the same magical combination but with a uniquely beautiful result. Compositions by John Williams, Michael Kamen and Harold Faltermeyer always held my attention, too; I love cinematic music. Other early influences included The Cars because of their complex musical layers, the dreamlike sound of Loreena McKennitt, the synth sounds of Tangerine Dream, and of course David Sanborn and his saxophone, which I listened to obsessively for years. I also listened to a lot of contemporary jazz, 50’s rock, and even classical.

3.  What is the first record you bought and why?

The first record I bought was a 45 and I was 9 years old. I bought the J. Geils Band’s “Freeze Frame” because of that catchy keyboard line and of course the horn section. That was back when a lot of popular music had horn sections. I still have that record somewhere. I loved that record store. I could have spent hours in there.

Favorite film: I’m a movie nut and my tastes vary widely, so I have a lot of favorite films, many of them in the sci-fi and fantasy genres, such as the “Lord of the Rings” series, “The Fifth Element,” “Pirates of the Caribbean” and “The Princess Bride”.

Favorite book: “Dancing Wu Li Masters: An Overview of the New Physics” by Gary Zukav, which was my introduction to quantum physics. I’m fascinated by physics, the Universe and nature, and a lot of my music reflects these ideas.

Favorite place: I love water, so anywhere with a waterfall, a lake, the ocean.

5.  Tell us a little about your writing process for ETHEREUM,?

My writing process is rather organic and flexible. Sometimes I’ll start with a melody that keeps running through my mind and keeps me awake at night. Sometimes I’ll lay down a bass line or percussion track and build the song around that. And other times it’s a chord progression and the mood or feeling that surrounds it. I love to experiment with sounds and instrumentation that aren’t typically played together, to release myself from what’s expected. I also give myself permission to start over if something isn’t working for me. Most of my music is inspired by nature, emotions, and experiences; it’s how I best express myself — through music.

I’m currently working on a new album which will be primarily new age saxophone, due for release in early 2018. I’m very excited about that, it’s something I’ve had on my mind for years. I’ll be teaching again at several flute schools in 2018. And of course I’ll continue performing all of my world flute music, as well as my new sax music next year, in addition to playing with other bands – always more performing! 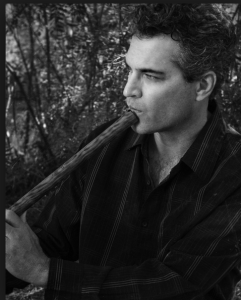