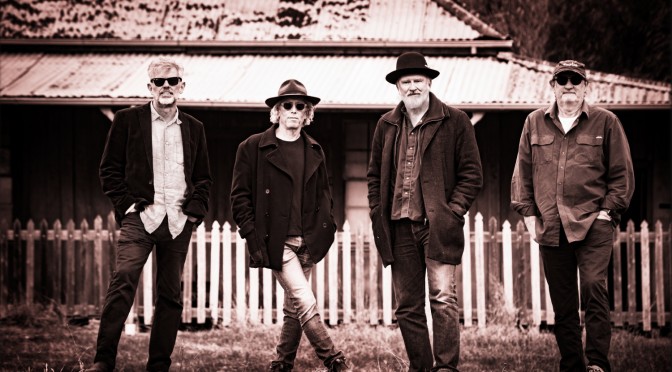 Big Merino’s second album to follow Surbuban Wildlife is Sweet Little Angel and it’s out now!
It features the singles that have already made an impact at radio – Hummingbird and the title track, as well as a cover of the classic Neil Young track Ohio.
The band recently played a successful launch for the album at the Marrickville Bowling Club and next Canberra audiences will have their turn. What better way to spend a Sunday afternoon than hanging at Smith’s Alternative with Big Merino!
Show starts at 4pm.
Sunday August 25 @ Smith’s Alternative, Canberra

Bruce Elder at the Sydney Morning Herald gave the album a glowing review recently – have a read below.

It has long been an orthodoxy that second albums are more problematic than debut offerings. Here’s the exception. If Big Merino’s debut, Suburban Wildlife, was scattergun in its approach, this is a tour de force of, for want of a better term, classy adult rock, funk, soul and pop. It’s the kind of music Jo Camilleri and Van Morrison see as their bailiwick: a clever and sophisticated blend of heart-stopping gospel-style harmonies (I Watched the Light), and classy lead vocals (courtesy of Stuart Davis, a long-time member of Sydney-based choral masters Cafe of the Gate of Salvation).

Instrumental features include beautiful interplay between acoustic and electric guitar (the title track is seductive); searing guitar solos from Alex Craig (I Lay Me Down); delicious horns courtesy of James Greening (Satellite) and some pulsating funkiness on This Song and Living in the Past.

Oh, yes, and there is an astonishingly good reading (with blistering guitar solos) of Neil Young’s Ohio. The result is a deeply satisfying collection of songs which, while they defy any easy categorisation, sit happily at the richly mature end of popular music. Hear them at Marrickville Bowling Club, July 27. Bruce Elder

Watch the video for Sweet Little Angel at YouTube:

Sweet Little Angel is out now on Foghorn Records through MGM.