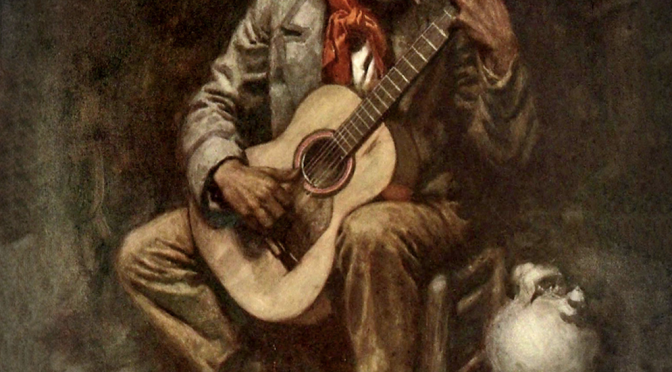 Soleares is one of the most profound forms of flamenco, often referred to as the heart & soul of the genre. The mood is solemn & grand & when sung the lyrics are deeply heartfelt. The style originated among the Calé Romani people of Cádiz or Seville in Andalusia. The metre or ‘compás’ of Soleares is one of the most widely used in flamenco & is the foundation style for many flamenco forms. The track was recorded in a single take on a beautiful Ignacio Rozas flamenco guitar, hand-built in Madrid.

Tasteful nylon string guitar begins this full sounding flamenco piece. Traditional guitar ‘knocks’ feature here and there on the percussion side. The song is so masterfully played it’s hard to imagine that it is just one guitarist and done in one take.

Soleares Flamenco is OUT NOW – via MGM