New album reviews highly lauding this release are still coming in thick and fast weeks after the release.

Theres also some great interview podcasts with Steve talking about the album and of course The Church. 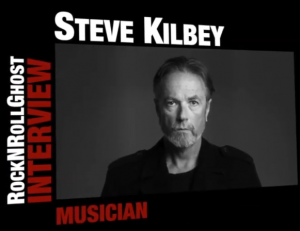 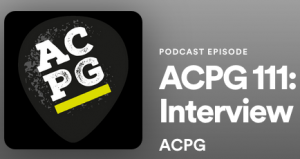 THE HALL OF COUNTERFEITS

It was always obvious that Steve Kilbey is an extraordinarily complex chap, positively bursting with ideas, but over the past 18 months just how “bursting” he is has become manifest by his recording eight albums. Perhaps nine, since The Hall of Counterfeitsis a double-album’s worth, 22 songs, one CD – as diverse a collection as you can imagine. It could be his “White Album”, or would be if Kilbey hadn’t already recorded Remindlessnessback in 1990. He tells us that that double-album was his attempt to take in everything he’d ever been fascinated by, an attempt to “reconcile the whole damn lot with a weird and wild bunch of songs far, far from the mainstream.” Thirty years on, he reckons The Hall of Counterfeits is “my answer to myself” and that “time has enabled me to give voice to those same preoccupations” – from The Beatles to mysticism and beyond. Aiding and abetting him this time around are The Winged Heels – classical guitarist (and more) Gareth Koch, keyboards player Roger Mason and drummer Barton Price, the latter pair once an integral part of The Models, though there’s nothing of that particular “past life” evident in their contributions to this sonic exploration of the multifarious arcane corridors Kilbey’s fertile mind takes us. Just how in tune The Winged Heels are with that mind is evident not only in the whirl of sounds but also in their writing co-credits on ten of the 22 songs here. And it’s all there – Beatles, Floyd, Bowie, the Middle East, the Medieval, the whimsical, the cosmic, psychedelic, pop, classical, myth, magic, obscurantism, the lot! There’s even a sort of boogie in ‘Everything for Sale’!! He might assure us, in ‘Bound in Servitude’, that “emptiness never stops”, but it’s obvious neither does his most extraordinary mind, firing on more cylinders than anyone has a right to still be able to boast 50 years into a creative career. Unmistakeably Kilbey, quite simply, this is every kind of party mixtape you could ever wish – superb. 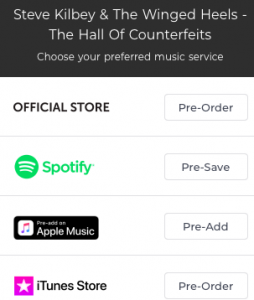