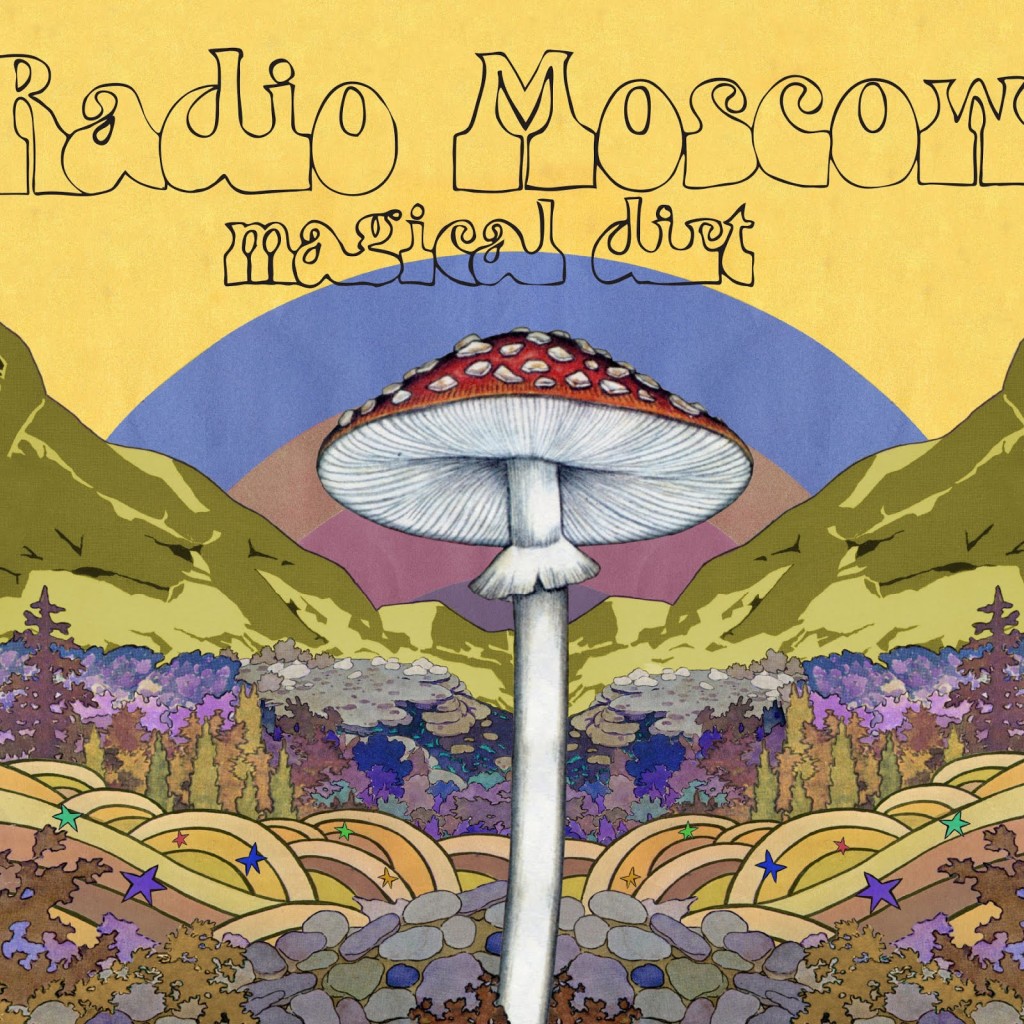 Trends come and go, but the idea of a bunch of guys getting together in a garage and playing the kind of music that makes the neighbors call the cops — that’s forever. And it’s that idea that’s crystallized in the form of San Diego Band Radio Moscow. The power trio led by the Stratocaster genius Parker Griggs have found THE formula : powerful, crunching Sabbathstyle chords and fiery solos that earn the right to be called Hendrixian and plants its flag firmly in the territory where psychedelic rock and cranked-up blues meet. Parker’s demo caught the ear of The Black Keys’ Dan Auerbach, who produced the 2007 self-titled debut. With « Brain Cycles », their second album Radio Moscow proves that they’re not a cheap time machine but a direct descendant from the golden age of Rock’n’Roll.  In 2011, Griggs continued his psychedelic trip with « The Great Escape of Leslie Magnafuzz », and now in 2014 the band is about to unleash their 4th studio album “Magical Dirt” on Alive Naturalsound, with high goals of sending you on another trip into heavy psychedelic headphone heaven.

At Radio and Media NOW