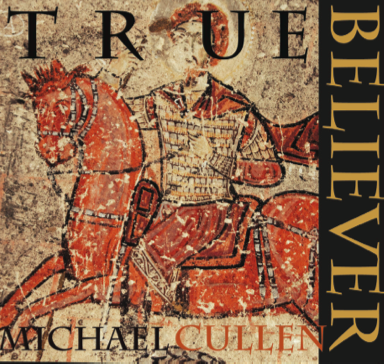 “If Quentin Tarantino hasn’t found the voice to lead the soundtrack of his forthcoming The Hateful Eight movie, he need look no further than this spellbinding masterpiece.”

“Cullen creates a moody atmosphere where the smell of sex, cigarette smoke and despair fill the air, there’s a hint of hope, but you’ll always find Leonard Cohen in the corner of the room collecting tears in a jar from shells of your former self. Cullen makes it okay for you to observe from a distance.”

“the Sydney-based lounge lizard artfully marries Southern Gothic dustiness to black-sequined seediness in a way that actually reveals a true sense of class”.

““Nothing Special” finds Cullen exploring that same romance of hopelessness that hopeless romantics find in their low moments. Imagine pop hooks a-la-Pulp soundtracking another night of leaving a trashed too-tiny apartment into an endless stream of city lights that lead to nowhere, over and over again. The nightly tragedies are lamented in brass arrangements and blankets of organ wrapped around frustrated lyrics. The intoxication reaches exaggerated gameshow trashiness; the only show in town. A seedy swagger continues through “Black Coffee and Cigarettes” but it’s dialled back enough to make Cullen’s songwriting mastery even more obvious.”

“Michael, a post-punk veteran, has matured into a full voiced solo song writer and performer who delivers glass half empty narratives in a unique and textured baritone vocal style with echoes of American mid century pulp writers. Michael has also often cited the Curtis and Tom Waits.”

On Cha Cha, Michael’s rich punk croon spills out of a lush but driven clectic amalgam of styles including Stax, Mowtown, Americana, New Wave and 80s British pop, entreating the listener to take one more chance on romance despite the fact that happy endings seem unlikely – even improbable. What else is there?

“Inspired by the likes of Nick Cave, Leonard Cohen and Tom Waits, you nevertheless get a very Michael Cullen experience. He is strong and has a distinctive baritone vocal that weaves through the music, making this album unique, and uniquely valuable.” Sydney Morning Herald

Michael Cullen’s music resonates “with moody melancholia and astrange, dark beauty [and] is a reverb-drenched, atmospheric slice of pop that explores both the nature of love, and the nature of love gone wrong.” PunkNews.Org.

“True Believer is a hedonistic, lush, red velvet-curtained fragile andbeautiful album. Imbued with the sexual frustration and louche ambivalence of Robert Forster from The Go-Betweens and underpinned by a Nick Cave-like gothic baritone darkness, each listen reveals more complex layers, greater humour and a melodic strength. Every song is this lounge-room lothario performing in a haze of smoke and whiskey.”“True Believer is a smooth nine track album of broody vibes – eerie, hypnotic and relaxing. The songs are about regret, bitterness and a love gone sour. If you like Nick Cave you will love Michael P Cullen. The vocals are a rich baritone cocktail of spoken word, singing and crooning while Powles provides seamless, charming accompaniment on the keys and drums. It’s intoxicating. It has to be experienced.” Rip It Up Magazine