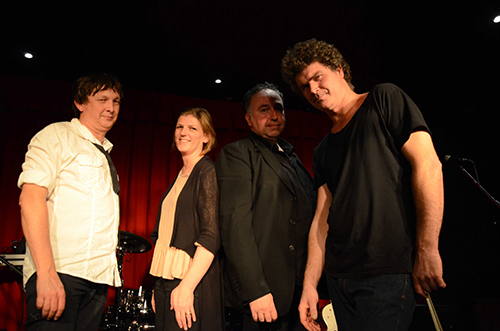 I usually spend hours just noodling around on the guitar and eventually come up with a chord progression or sound that I like. From that, a melody develops and the lyrics flow from that.

I am continually inspired by three more old school acts that are still around: Nick Cave and the Bad Seeds, The Underground Lovers and The Church. All three bands continue to produce innovative and exciting music. Another major inspiration is The Vines: Craig’s songwriting is incredible and they are so exciting live. There are a number of younger local acts that have impressed me too: Papa vs Pretty stand out (although unfortunately they disbanded earlier this year) and The Trouble With Templeton. Internationally, current bands that inspire me include The National and Johnny Marr.

The Jesus and Mary Chain, The Church, The Undergound Lovers, The Smiths, Joy Division, The National, Simple Minds, Died Pretty, The Go-Betweens, The Triffids, Pulp.