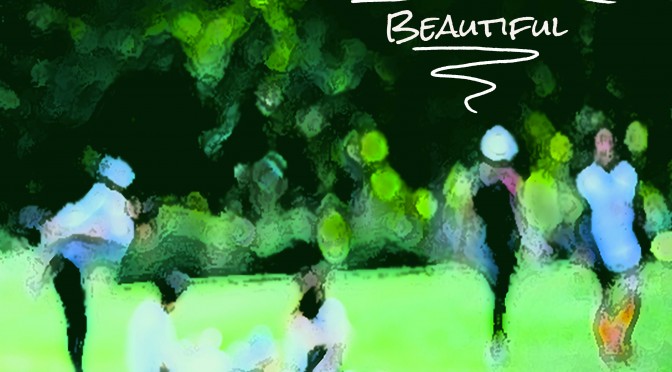 Come along on a powerful musical journey inspired by Rachel LaFond’s experience, of being a stranger in a new country. New Zealand to be precise where she now calls home.

This beautiful solo Piano Album was recorded in high resolution audio at her home and mastered by the golden ears of Mike Bloemendahl.

The music explores universal human experiences: feelings of loneliness, worries about not being good enough, and the evolution we undergo as existing friendships change or fade while new connections spring to life.

This journey culminates in the realisation that as we bear each other up and connect with one another, we make the world a more beautiful place for all of us. 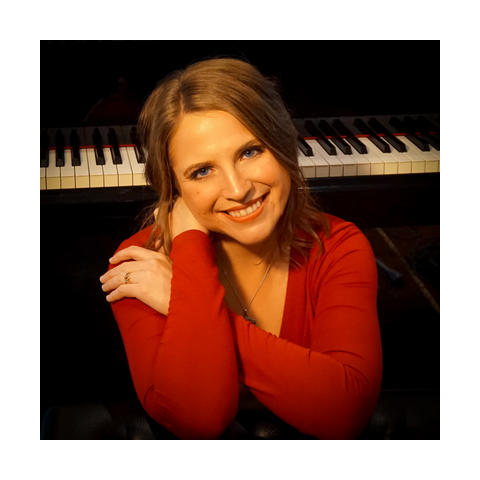 Rachel LaFond is an American composer and pianist now residing in New Zealand who has been steeped in musicality her entire life. Her appreciation of the piano began when she was a toddler as her mother (a piano teacher) played with a young Rachel on her lap. She began formal lessons at age five, and by the time Rachel was eleven, she began teaching lessons herself. She lived in Vienna and studied piano performance there as a teenager, then returned home to major in piano at the University of Washington. After university, she continued to teach and perform professionally, but for years Rachel didn’t realise she had a talent for writing music hidden inside herself until David.

David she had met just weeks ago. Rachel couldn’t stop thinking about him on one rainy autumn afternoon, everything changed. Gazing out the window of her teaching studio, Distraction transformed into inspiration, and by the end of that evening she had finished her first original piece, Loving in the Rain. This first piece stood alone for a while as Rachel got swept up in life’s adventures: Rachel and David got married, quit their jobs, and embarked on a year of long-term travel around the world.

Rachel’s music is inspired by, and engages with, the full depth of human experience. Whether she’s capturing the heady wooziness of falling in love or responding to the chest-cracking pain of Barcelonans who suffered in the terror attack of summer 2017, her pieces are unflinching and compel the listener to lean into the feeling of the song for just a moment more. Rachel’s drive to bring beauty, light, and kindness to dark places through her music lends a striking sense of purpose to her creative work. And she’s just getting started. 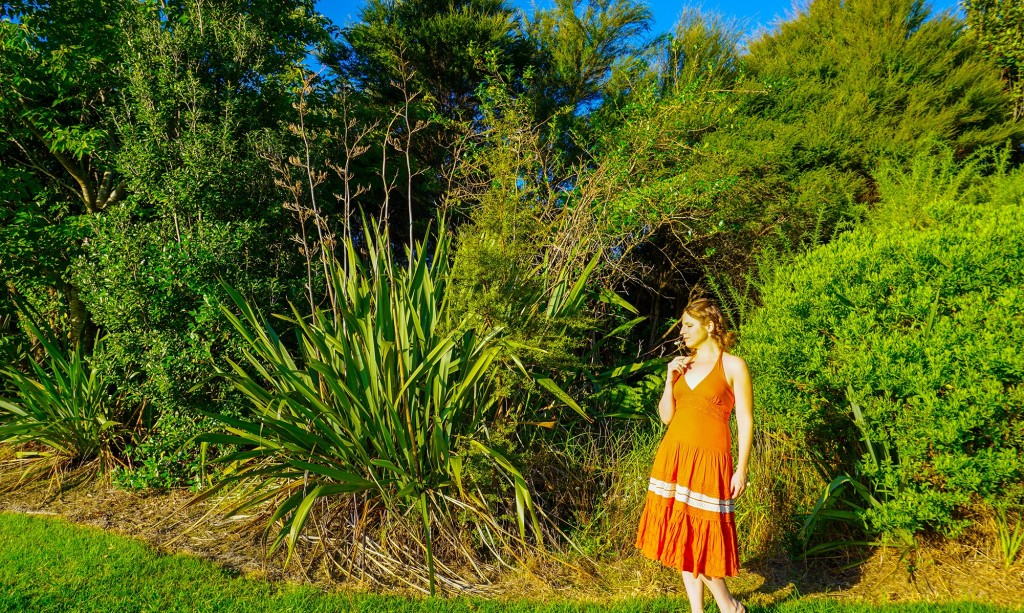 All recorded in Auckland, New Zealand in Rachel’s home. 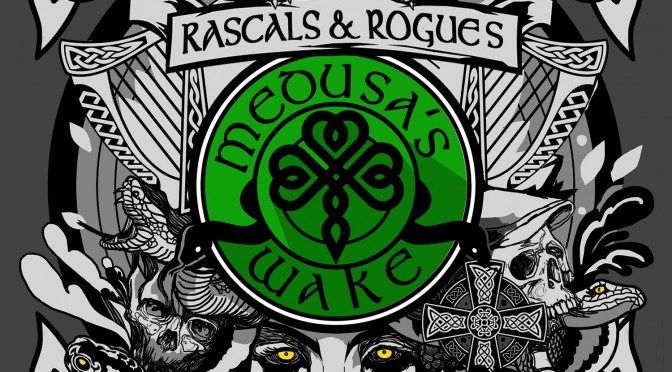 With the recent release (1 June) of Sydney Celtic Folk Rockers Medusa’s Wake’s debut album ‘Rascals & Rogues’ with a very uptempo and energetic style of music that will have you raising your beer glasses and showing off your skills on the dance floor. Rooted very much in a Celtic Rock style based on Australian and Old Ireland folklore, Medusa’s Wake has been described as a love child of The Pogues and Australia’s own Roaring Jack. 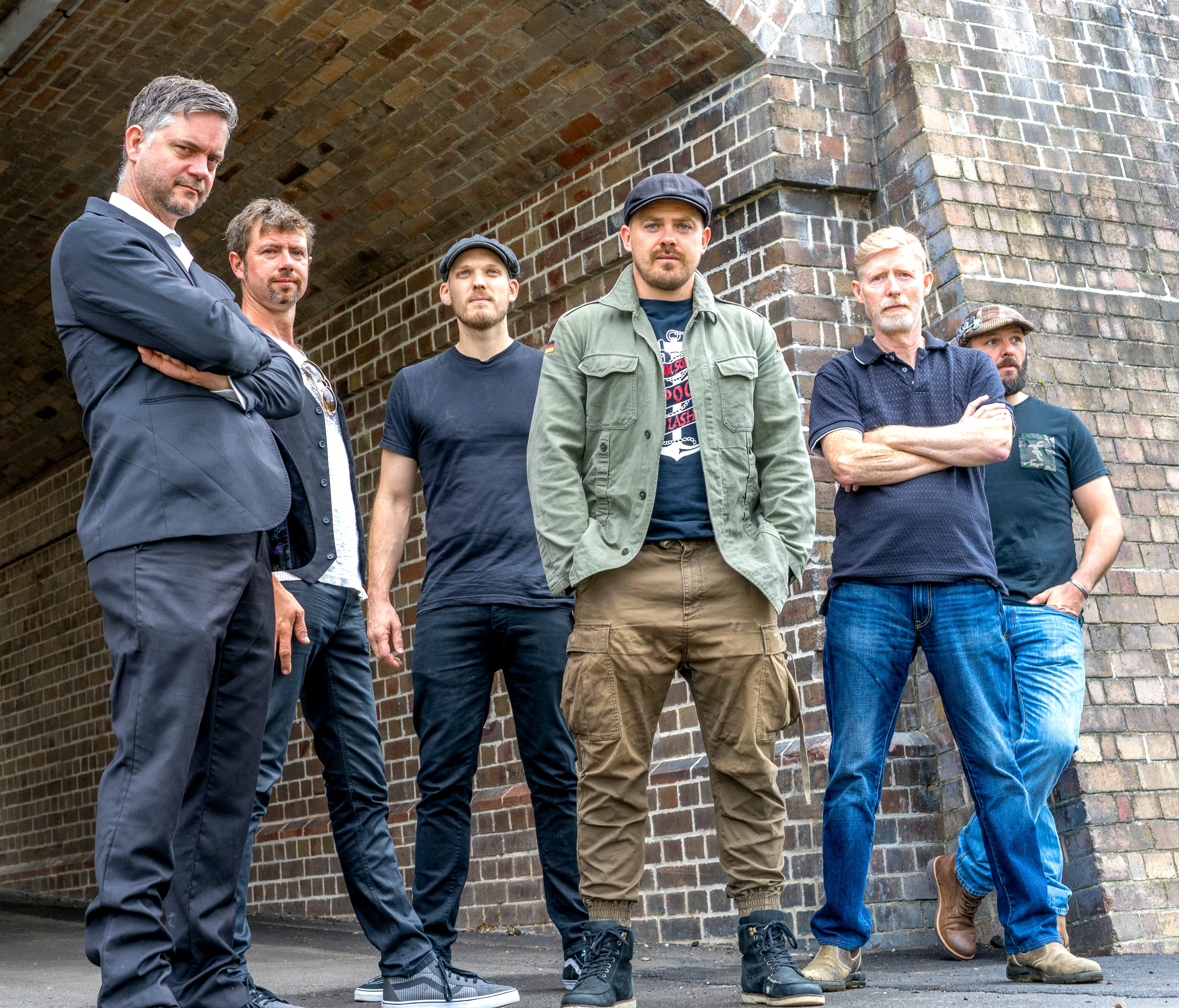 Their debut album portrays lots of characters of time past who in fact where Rascals and Rogues hence with the naming of the album. The band spent quality time in Damien Gerrard Studio’s in Balmain with the brilliant Russell Pilling adding his magical touch to the recording.

The debut single: ‘Seldom Sober’ was a late inclusion to the album. It is an ode to, lead vocalist Eddie Lawlor’s, love of whiskey. It is a hard and fast lively drinking tune to get you in the mood for a party! With band members John, Zane, Ben, Ron and Frank all fond of a drop of whiskey this song certainly shows the fun-loving high energy that this band is all about.

Seldom Sober (video) In the bands own words ‘It’s fairly lively as all good Irish Whiskey drinking songs should be’, and we heartily concur, with full band backing and great production this one will have ‘ye dancin’ a jig’ in no time at all. Band quote word for word “1. Seldom Sober. This is a song wrote as an ode for my love of whiskey with the origins being a young boy drinking with a friend up till my adult years. It’s fairly lively as “all good drinking songs should be” 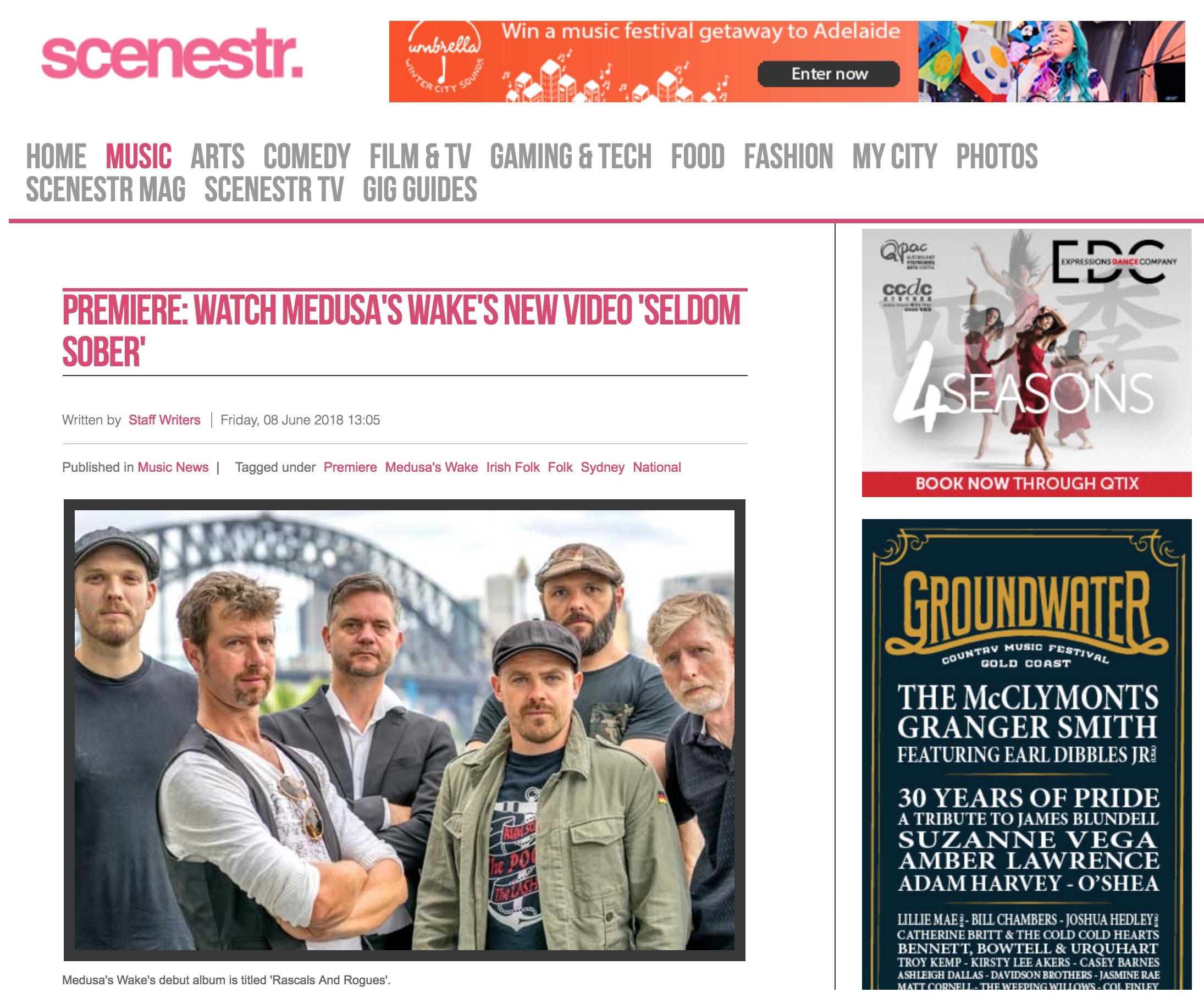 1. Your bio mentions your sound is a “lovechild of The Pogues and Australian’s own Roaring Jack” High praise indeed.

It is a comparison and I think that’s where it stops! We have a similar edge but In my view, if we were to be half of what both those bands where we would be doing alright. I think the Irish/Celtic influence is there. I have gotten to know Steph Miller who used play in Roaring Jack and he truly is one of the most gifted musician’s and performer’s I have ever seen. Big boots to fill! We can only stay doing what we do and see how we go.

2. Favourite artists of all time?

Did I mention The Pogues! Luke Kelly Folk singer with The Dubliners and Paul Kelly.

3. What current Australian acts inspire you and why? What international acts?

I also play with The Handsome Young Strangers Driza, Looch, Adam, Dave and Na na are really top muso’s and have been doing it so well for such a long time. International acts always have been and will always be The Pogues!