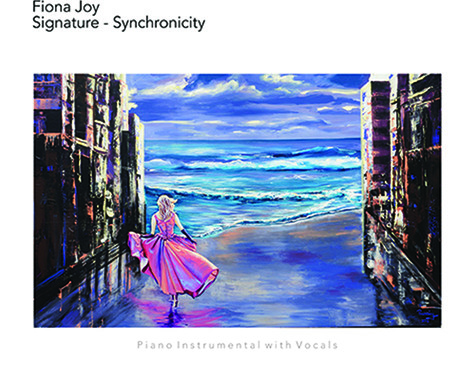 “One of the brightest lights in contemporary instrumental music, Fiona Joy is poised to move into stardom.” – Will Ackerman, Founder of Windham Hill Records

As 2016 unfolds, Australian Pianist, Producer & Singer Fiona Joy is readying her new album — Signature Synchronicity — for worldwide release on March 18, 2016, simultaneously preparing for another grand tour of China, a new recording session in the U.S., and a feature concert with her Blue Dream Ensemble at the Joan Sutherland Performing Arts Centre (Sydney) – – an extension of the Sydney Women’s International Jazz Festival – scheduled for August 2016. She releases Signature Synchronicity for pre-sale on February 20, 2016, a fully-instrumental album that complements Signature Solo, a solo piano version of ten pieces originally recorded and released by Blue Coast Records as CD, SACD and DSD for her audiophile fans.

Fiona’s hard work and conceptual vision for the Signature Series is now coming to fruition in Signature Synchronicity, produced in collaboration with Will Ackerman in full orchestral form. Ackerman, founder of both Windham Hill Records and Imaginary Road Studios, embraced and encouraged Fiona’s music years ago, stating, “Fiona’s Blue Dream album was the most ambitious project of my entire career and resulted in one of the most remarkable collaborations this genre has ever known. Blue Dream is unique and I’m as proud of it as anything I’ve ever worked on in my 35-year career of GRAMMY® Awards and Gold/Platinum records.”

The year 2015 set the stage for the whirlwind that is 2016. Fiona contributed to a GRAMMY-winning album and traversed three continents, performing solo on a grand tour of China, entertaining in the U.S. at the ZMR Awards and at the audiophile Mecca, T.H.E. Show, closing out the year in Australia at the Sydney Women’s International Jazz Festival with her renowned Blue Dream Ensemble. Once home, she attracted the national TV show ‘Lateline’, which ran a feature lifestyle piece on her life and music. (https://youtu.be/6RCTtmkwdSI) 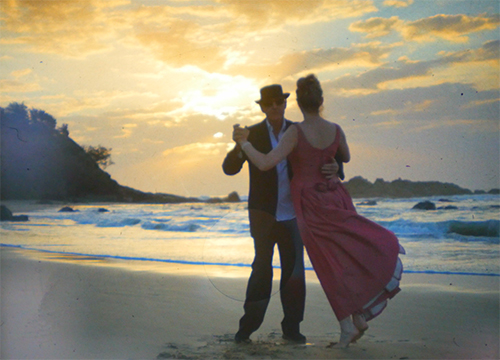 “Fiona Joy is a TRUE artist, constantly growing, Signature – Synchronicity is the latest expression of her prodigious talent, I urge you to check it out.”  Bob Ludwig, Gateway Mastering
“Fiona Joy takes over from where George Winston left off…” Cookie Marenco, five-time Grammy®-nominated Producer, Blue Coast Records.
Fiona Joy pours her heart and soul into playing these compositions and adds her soft, sultry vocal talents as well (on selected tracks). Songs range from somber and pensive to rollicking and energizing, held together by superb production, engineering and mixing/mastering.  Chalk up another tour de force for the talented and gorgeous Aussie pianist, as well as the crew and players at IR Studios.  – Bill Binkelman, Editor, WindAndWire.com